The Hazard Burn That Got Away

Many people were horrified by the huge flames on North Head last month, after a scheduled hazard reduction burn got away. Now there’s shock at the amount of blackened bushland, and disbelief that things seem to have gone so wrong. 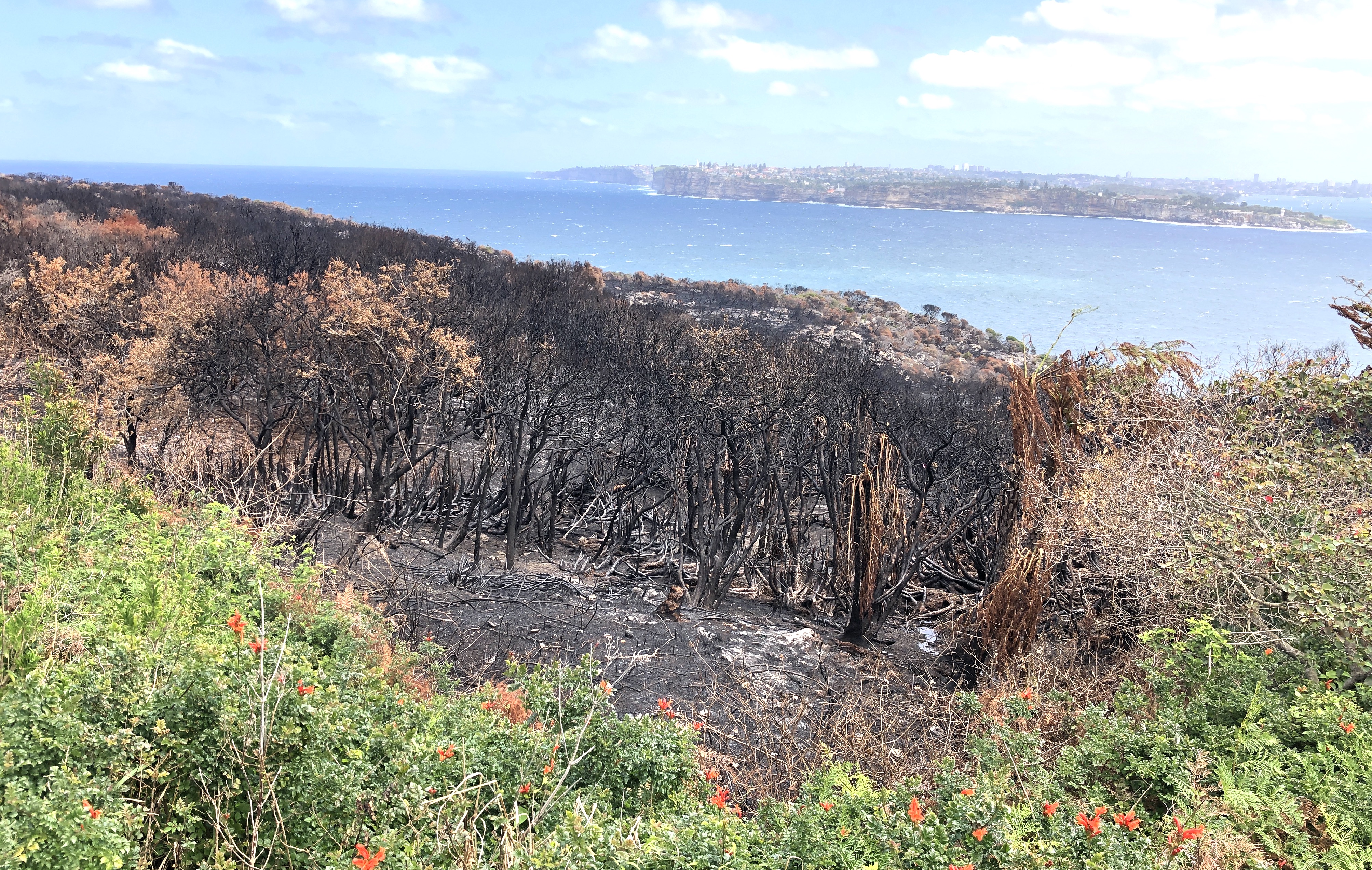 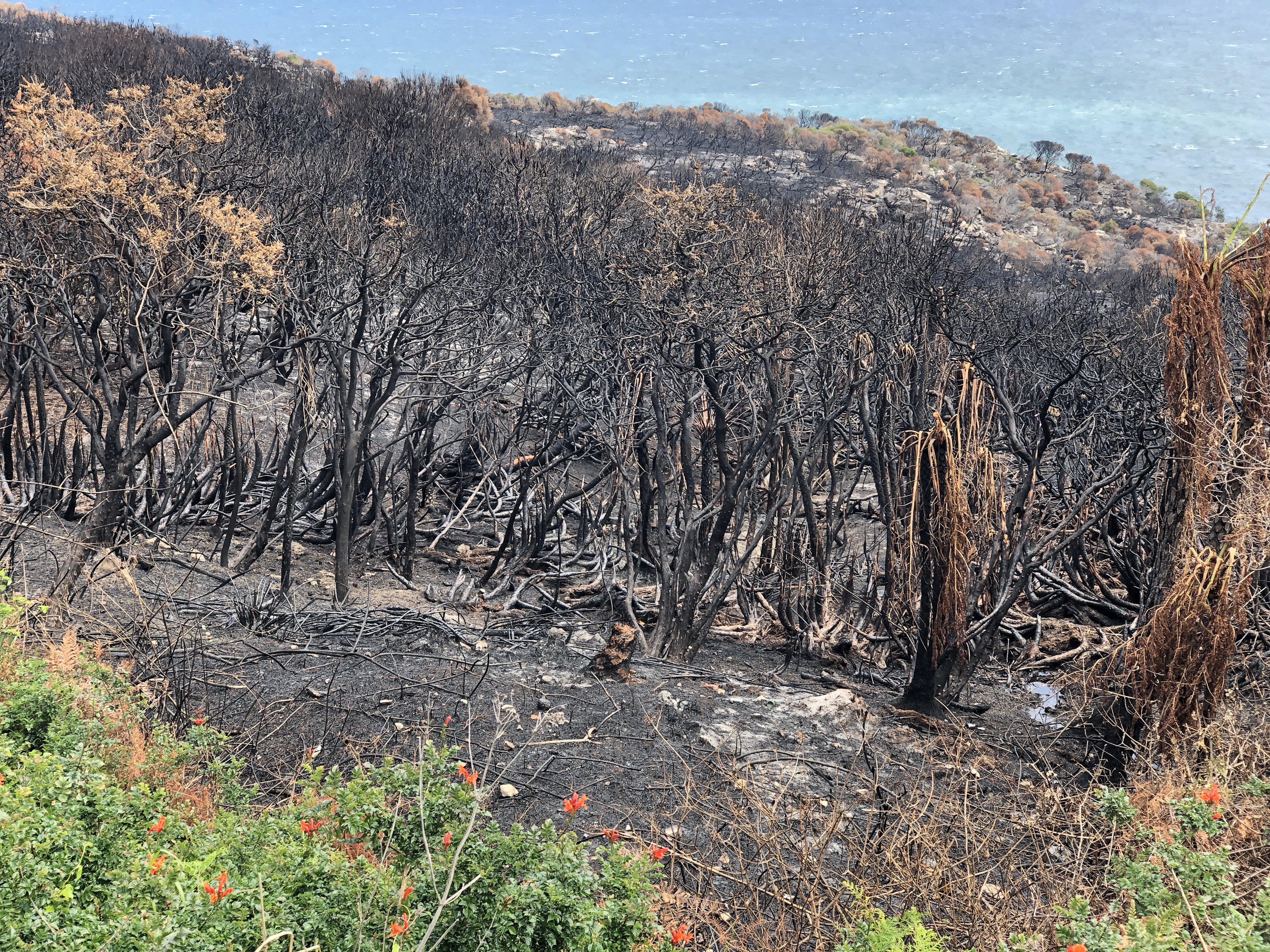 The burn, on Saturday Oct 17, was planned for 9 hectares, but in the end 65ha (160 acres) were burned. Including the earlier 20ha burn in September, one quarter of the entire bushland area has now been affected.

Since 2006, North Head land managers and fire agencies, including the RFS, Fire & Rescue and NP&WS, have had a fire management strategy in place, with regular hazard reduction burns. But as climate change narrows the window for safe burning, it becomes harder and harder to complete the task. A location priority plan had been developed, which would create a mosaic of burned areas across the headland. Once scheduled, a burn will only go ahead if the conditions are suitable and resources are available. Weather forecasts, fuel loads and moisture levels are all considered before the operational details are finalised on the day.

In preparation for the recent burns the land managers slashed, mowed and cut back vegetation along the main fire control lines to protect built assets and create containment lines. Portable water tanks were brought in and fire control hoses were rolled out and connected to the water supply located at North Head Sanctuary – the adjoining land managed by the Sydney Harbour Trust. Fences and warning signs were put up and all land managers were advised of the scheduled burn. The managers, in turn, should have alerted all their tenants.

So what went wrong? The start of the burn was delayed a few hours because people had walked past the warning signs and had to be found and escorted out of the designated burn area. Then, as many people have pointed out, the wind increased, with a gust catching the flames and causing them to jump both a major fire control line and the adjoining stone wall. In incredibly bad timing, it was just at this point that the water supply from the Harbour Trust onsite tanks failed, leaving the fire hoses dry. That meant helicopters had to be brought in to ferry water from the Q Station inground water tank and later from Manly Dam. Extra Bushfire Brigades were also called, including a large water tanker to access water from hydrants in Darley Rd near the former Manly Hospital.

A decision was then made to do a back burn. Although this was not something that ‘went wrong’ it added significantly to the total burn area. The Fairfax walk area of the headland, which has been significantly affected, was in fact ready for a burn as part of the overall plan. It’s now happened one year ahead of schedule.

UPDATE: Nov 12. It’s now almost one month after the North Head fire. Lots of paths are closed off to protect the burnt bushland, which is fragile and subject to erosion.

It still looks like a disaster zone, but now at least the grasstrees are shooting back. And bush creatures, like echidnas, and baby plovers have been sighted and seem OK. 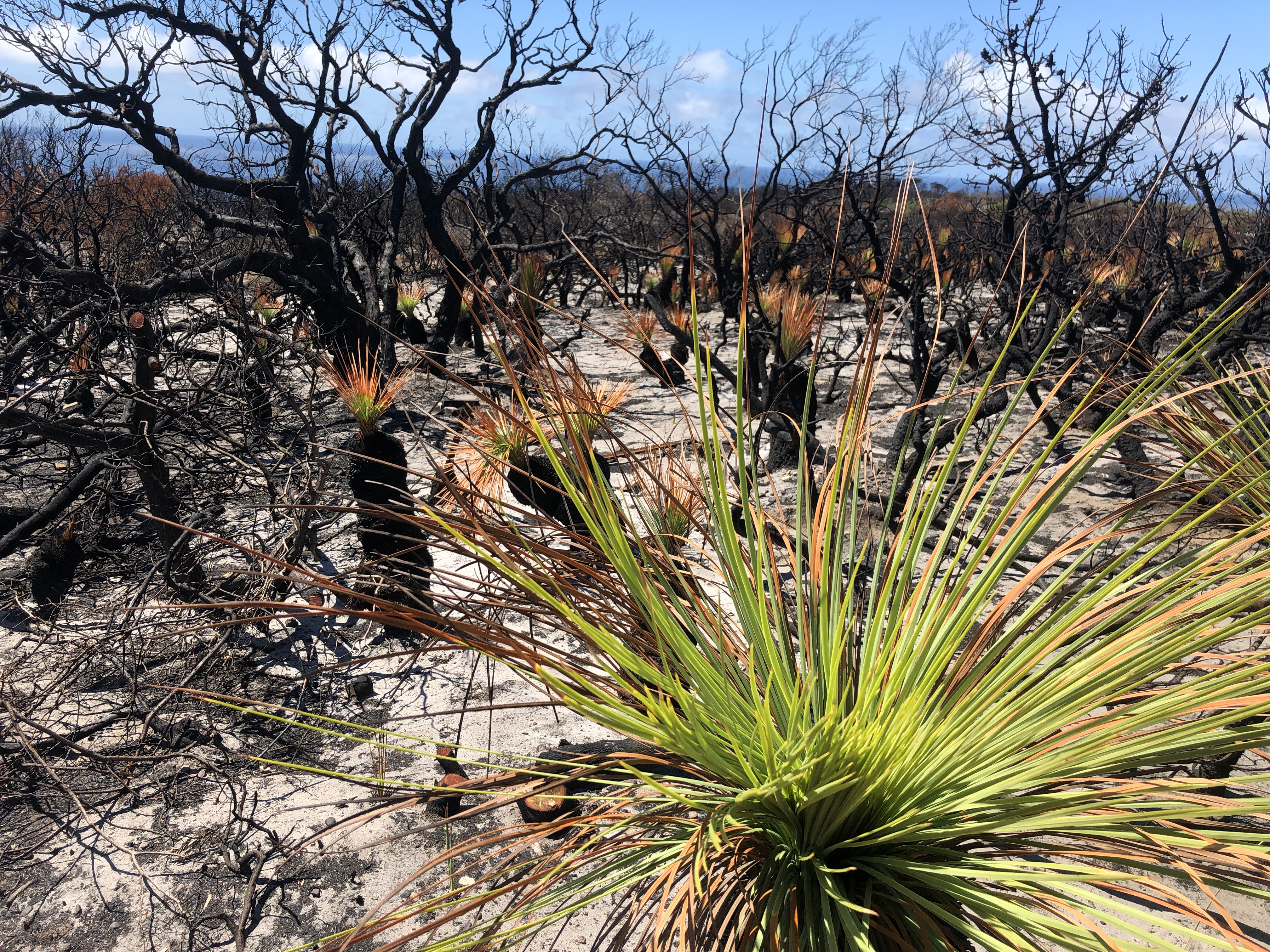