Fairy Bower Stormwater Rectification Project This project is a Council responsibility and has now moved to a completed plan. The work includes a complete rebuild of the stormwater system beside the Fairy Bower pool into Cabbage Tree Bay. But when will the work commence? Council has responded as follows: ‘Works are currently out to tender with expectation to appoint a Contractor by late November with Contracts to be signed by January 2021. Works to commence by early April 2021, post summer busy period.’

Fairy Bower Sewage Line The deteriorating sewage pipe has been on our outstanding action list for many months, but now appears to be stuck on the back burner.

Sydney Water was slow to react to the concerns, although there was some indication that they were planning a project to rectify the real concern that their main sewage pipe would continue to deteriorate and break open into Cabbage Tree Bay. 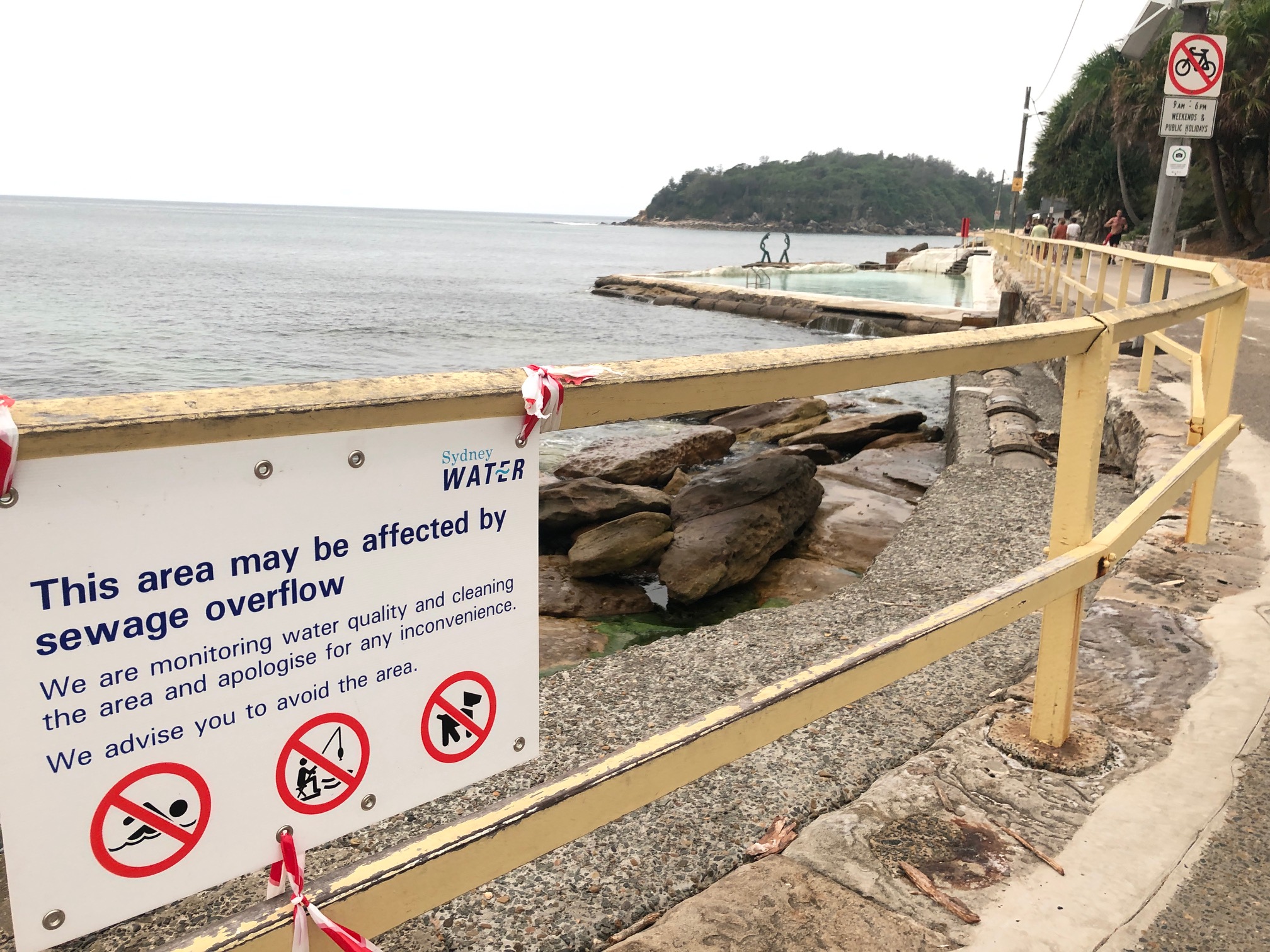 The only sewer in the area not protected by the seawall is the section of rising main that runs outside the seawall in the vicinity of Bower Lane. This section of rising main is protected by concrete encasement and to reduce its susceptibility to undermining by wave action an 85m section has been underpinned with concrete down to rock. The work was conducted in mid- 2019. Both the trunk sewer main and rising main have been recently assessed for condition and there is no immediate need for renewal/rehabilitation works.”
Council staff will continue to liaise with Sydney Water on the long term management of Marine Parade.’

Despite our concerns there appears not to be a problem. We hope that this is the case.

Images: Cabbage Tree Bay was closed for swimming last December due to pollution from a possible sewage overflow.