The ground is saturated and the rain is continuing as stormwater streams off the Eastern Hill overwhelming the ancient stormwater pipe system and running into the harbour and the ocean.

A few years ago the Catholic Church made changes to its stormwater management by installing agricultural drains when it put in the stairs from ICMS to Bower St and, more recently, the ramp to the open space area near Bear Cottage. But these changes have had unintended consequences downstream, directing more water into the old stormwater system that exits at Bower Lane next to the ocean pool, as well as flowing down Bower Lane to be blocked by the concrete wall from entering Cabbage Tree Bay. Stormwater flows, combined with a high tide and the East Coast Low swell, cause the water pressure to back up and recently forced the slabs on the path to burst open. Safety fencing pictured below. 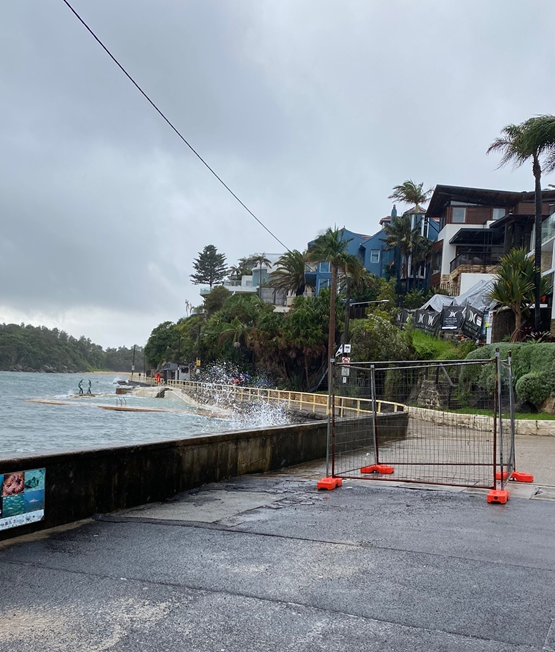 Council did unblock the drain at the top of the Shelly Beach car park and this has resolved the fast overflows down the stone stairs and road to Shelly,but not before the water eroded and underscored the slip road to theBoathouse (pictured). 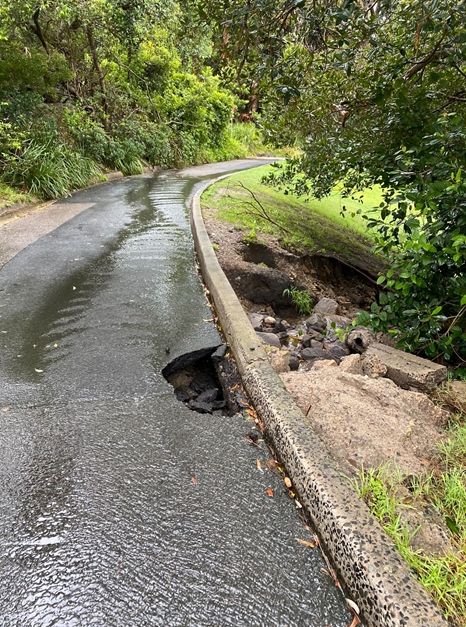 The water main that burst in Marine Parade was the 15th one this past year. This time it meant that residents on the Bower side had no water for 24 hours. Sydney Water is responsible for the pipes and Council for the pathway, which is now a disgraceful patchwork of asphalt, concrete and stone. How long before Sydney Water fixes the problem that causes the pipe to burst on a regular basis, and Council resurfaces the entire pathway to fix trip hazards? 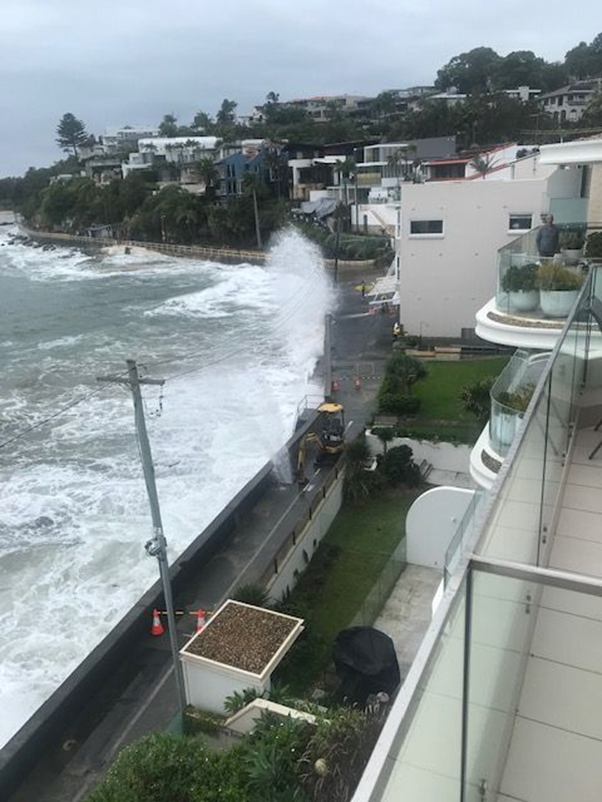