Save The Manly Ferry - updated

The Manly ferry isn’t going down without a fight.

Community groups are rallying to save the iconic Freshwater class ferries, after a threat from the State Government to replace them with smaller inner-harbour craft.

While it is sensible to run the smaller, faster Emerald class boats in some situations, this already happens for quiet midweek services. And the NRMA Fast Ferries already provide a great commuter service, with boats every 10 minutes in peak hour.

But nothing can replace the stately Freshwater ferries as a travel experience in its own right, and a world-class drawcard for visitors to Manly, and Sydney as a whole. Here’s some stats. One million international visitors came to Manly in 2019 on the Freshwater ferries. Last Australia Day, 80,000 people came to Manly by (big) ferry. That’s just not possible with the smaller boats. NRMA data show the Fast Ferry has 47% of the total ferry business from Manly, but only 2% of the tourist trade. Clearly, visitors don’t care about saving 10 minutes on a thirty minute trip, and prefer to view our spectacular harbour from a suitably stately vessel.

There are lots of issues. The Freshwaters hold 1100 people, while the Emeralds take only 400. And ferry expert Graeme Taylor from Action For Public Transport says the actual number is likely to be much less than that. The ferries are catamarans which sit low in the water. In a rough sea, passengers may have to travel inside, reducing the capacity to as low as 250 if they have to have seats. And based on engine capacity and hull construction data, Mr Taylor says the ferries are likely to gain only a 1D Maritime Safety classification, meaning they won’t be able to operate in swell above 2.5m. So it will be back to the buses. 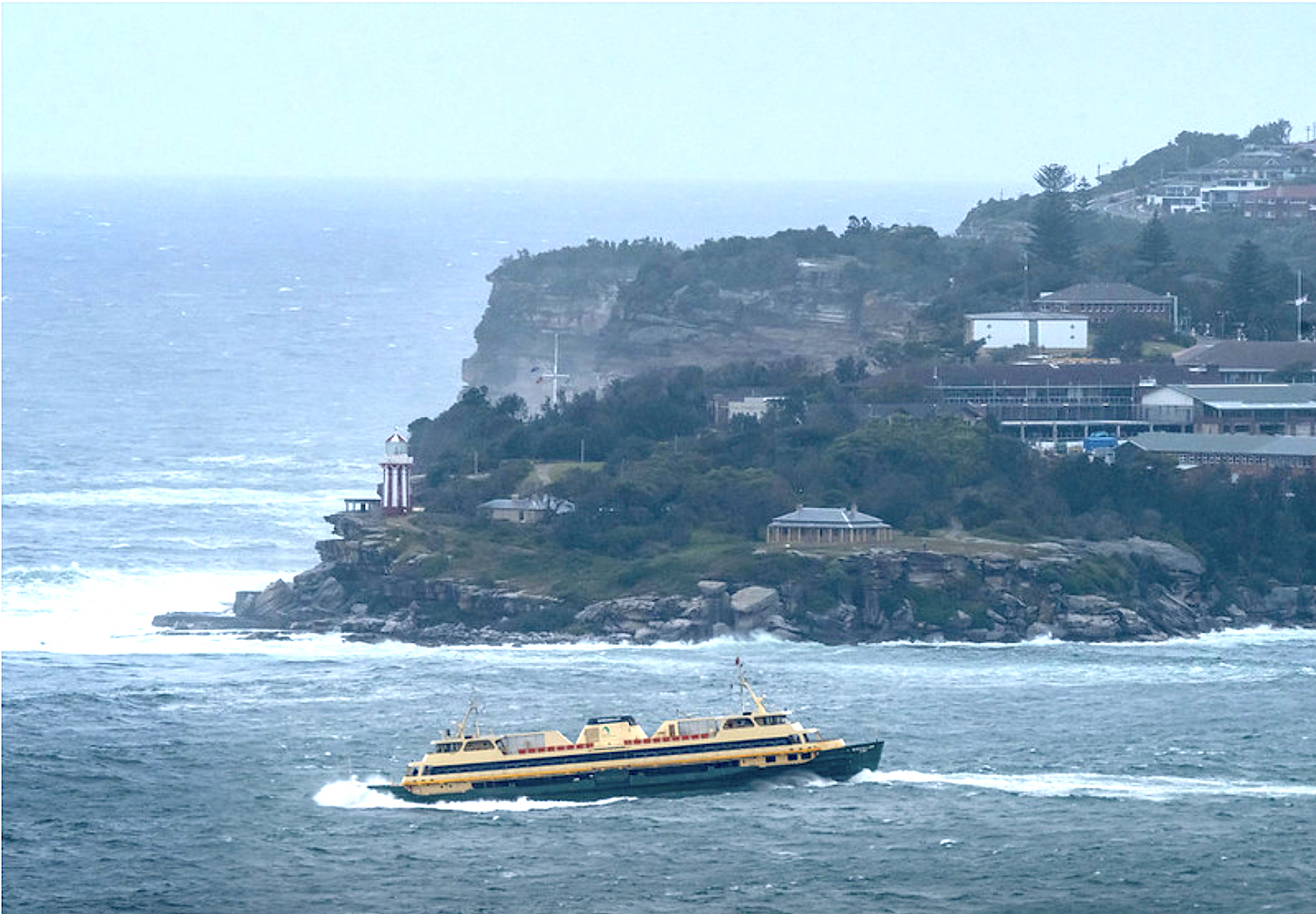 Freshwater ferries are double ended, so they never need to turn around. The Emerald catamarans however need to back out of the wharf and turn around on each journey. Already Sydney Cove at Circular Quay is congested with ferries turning, or waiting their chance to dock. The Government has said the new Emerald ferries would provide a service every 10 minutes to Manly, but at the Circular Quay end, this just doesn’t seem possible.

Mr Taylor has also scrutinized the $1.3 billion, 9-year contract between Transport NSW and the private company Transdev, who run and maintain the Government’s ferry fleet. He says the promised saving of $6M in annual maintenance costs, will not go to the public at all. It will go to Transdev.

Northern Beaches Council has unanimously voted to work to delay the decision to retire the Freshwater ferries. It has called for an urgent meeting with Transport Minister Andrew Constance, Tourism Minister Stuart Ayres and local MP James Griffin. It will also work with the Manly Business Chamber to assess the financial and heritage impacts to Manly and Sydney’s tourist economy if the ferries are scrapped.

Council Deputy Mayor Candy Bingham says she is passionate about saving our ferries and is working with multiple stakeholders to prepare a Sydney wide campaign.