Another call to remove the shark nets in favour of more modern and effective methods was seen at this month’s Council meeting.

Unfortunately, the Council Report with the planned submission to the DPI Fisheries 5 year review did not reflect the community’s desire to see the shark nets removed from the beaches along our coast. Fortunately, the Councillors picked this up and amended the resolution which was unanimously supported after speakers, Layne Beachley, local surf champ, Malin Fick, from Northern Beaches Cleanup crew and Sea Shepherd Australia and Lawrence Chlebeck from the Humane Society all spoke passionately about the need to save the marine animals, including dolphins, turtles and whales from being caught and killed in the nets.

Very few ‘target species’ sharks have been caught in the nets over the past 5 years. The State Government’s Department of Primary Indsutries & Fisheries will now consider their report and feedback from the consultation and hopefully not re-install the nets next summer now that they have been removed for the winter.

This graphic compares shark nets with SMART drum lines - which are a more effective, and far less brutal method of keeping our beaches safe. 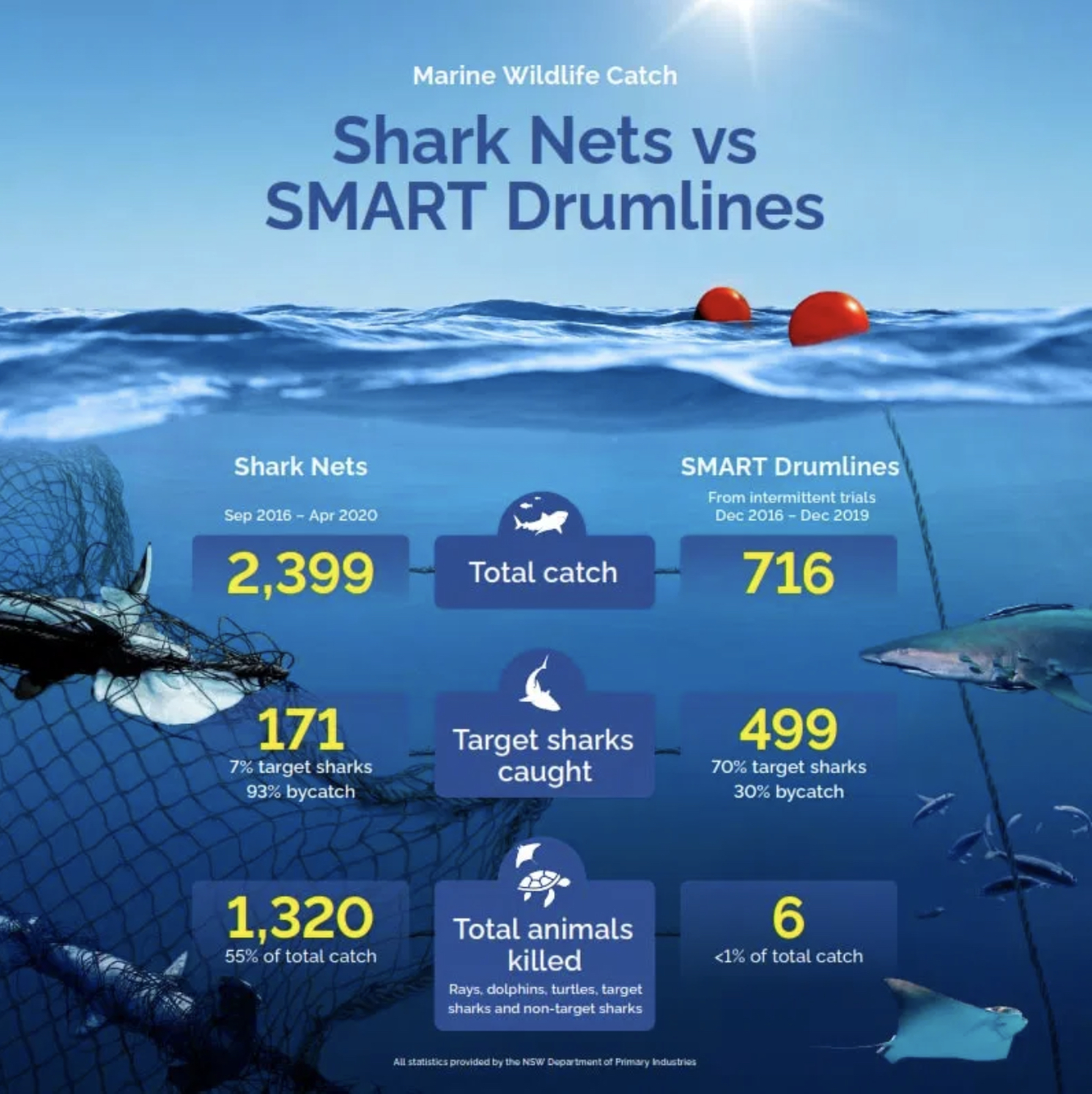